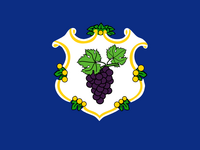 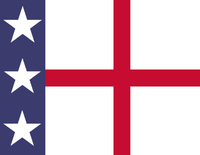 Connecticut state flag proposed by Ken Morton - This is my tweak of an excellent design by Ben Karnell. Mr. Karnell's substitution of the "Charter Oak" for grapes/grape vines as the state's representational symbol is a welcome design improvement.
Add a photo to this gallery