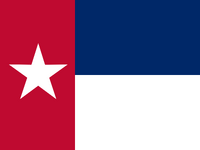 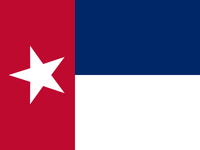 Proposal "less is more" for a flag for North Carolina, taking the star and all other markings off the flag. By Qaz Dec 2019 (details)

Part of series of designs for state flags, all in blue and white. (Posted by Ken Morton)
Add a photo to this gallery
Retrieved from "https://vexillology.fandom.com/wiki/North_Carolina?oldid=28753"
Community content is available under CC-BY-SA unless otherwise noted.