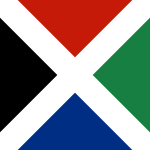 I am Hans, a Wikimedian and sole active administrator on the Vexillology Wiki.

Since late 2012 I have designed several thousands of flag proposals for entities all over the world (many yet unpublished). The ones I have uploaded here so far are listed and annotated at User:HansLN/Proposals and its subpages, and categorized in Category:Flag by HansLN.

On other websites Edit

Retrieved from "https://vexillology.fandom.com/wiki/User:HansLN?oldid=18205"
Community content is available under CC-BY-SA unless otherwise noted.